As I sit and write this on Sunday, I am reminded of all of the wonderful dinners we shared on Sunday afternoons at Grandma and Grandpa Verb and Nancy Sharp. Grandma made this AMAZING chocolate cake. No one has the recipe that I am aware of today. It had a frosting on it that was more like fudge. After it got hard, you could actually break a chunk off. She always served it with a jar or two of Pickled Peaches. Oh my gosh, how that peach juice would soak into the cake and taste like heaven. There was always a houseful and I have often scratched my head and wondered how she fed so many people with one chicken and one cake. There was always a huge bowl of mashed TATERS and white gravy and often green beans with bacon in them. We must have just filled up on the taters and gravy. After dinner the dominoes came out. The table was cleared in ten minutes flat and the cracking sound of shuffling dominoes lasted all afternoon. FORTY TWO was the game. They usually played partners and as soon as one team lost, another set of two players moved in. Grandma was competitive and SERIOUS about the game. She HATED to lose. Nothing would set her off quicker than someone "talking across the table".  Everyone else sat around visiting all afternoon. All us kids played outside on the patio and in the alley.  Very early on the young boys in the family learned to play guitars and through the era of the 1960's, the electric guitars played on the back porch. That early start of music was introduced into this line by Frank Beard (Uncle Tog), many good musicians evolved and a few dollars have been earned in the music field. Great memories!
~Sheena Sharp

Grandma.....She personified everything that a child should have in a Grandmother. Her fried chicken was just mouthwatering. And how on earth did she feed so many people with one chicken. I never learned to cut up a whole chicken myself but Grandma could have that bird out of the wrapper and in the big giant black skillet in five minutes. One time someone brought her a LIVE turkey. They lived in town when this happened. On Antelope Street in Wood Lake. I think it was 362 Antelope Street. She was going to kill it and cook it for Sunday dinner. It was full grown. She got two pieces of wood and got that turkeys head in between. She kept saying how badly she needed a good sharp AXE but they no longer owned one. She chopped that turkeys head off with a sharp knife and blood started going everywhere. She jumped back and the crazy bird ran all over the back yard and into the alley. It flopped and flapped its wings. NO HEAD mind you. Blood was just everywhere. She told me to just keep and eye on it while she checked her boiling water and I ran around flapping my own wings so excited about this massacre. When it settled down she dumped it into the boiling water and boy did it stink. She eventually made one of her amazing meals, which I shall talk about in another post.  ~Sheena Sharp

This was the way things looked in Oklahoma at the time Grandpa Verb Sharp was trying to FARM the land. And so.....they went WEST.


IN MEMORY OF...
Audrey Dale BEARD Sharp who was 83 when these videos were filmed in 2012


Mom singing Will The Circle Be Unbroken..
I made her a birthday cake. She said it tasted like S---. She was full of piss n vinegar today.
Happy Birthday to you Mom. Someone please find a cure for Alzheimer's and give Mom back to us.

Take Two of Mom singing
Will The Circle Be Unbroken
MOM (Audrey Dale Beard Sharp had Alzheimer's. She lived in a nursing home.
The only thing that she remembered during her last days was MUSIC and she remembers at least a hundred songs.

Audrey's daughter, Sheena Sharp Wilson singing and performing some great songs with family and friends.
This is a song she wrote and is accompanied by Brian Mahan
NANCY SHARP

Here is a sweet and priceless memory from Nancy Sharp with her Mother singing JUST AS I AM. She writes, "My mama will soon turn 80 years old. Here she is singing with my niece, Lindsay. She likes to sing harmony."  Freda HINES met Verbie Sharp in Oklahoma. The Sharps and Hines families lived in the same area of Stevens County, Oklahoma.  Freda  and Verbie married on the Courthouse steps in Visalia, California on 12 January 1950. Verbie had just gotten out of the Army. He joined the Air Force shortly after they two married and together they raised four very beautiful and talented children: Randy, Nancy, Steven and Sharon. They also raised a sweet little gal  (Anita) that they adopted along the way.

Comment
Great job! I showed Mom that she was singing on this site and she was very happy to see it.
The story I heard about how the Sharps came West is this: Grandpa leased some "Indian land" for a good
price because the land was near a creek or river that often flooded and destroyed any crops that were planted on it. When the drought occurred, this land  was able to produce a very good crop, where  almost all the other crops nearby failed.  They were able to make a tidy profit from the sale of the crops. They used this money to buy land. But the drought persisted and they lost their crops and the land. So they headed West.

Here is is Freda yodeling at her 80th birthday party!

A little tune played by my Dad, Lyndell Pool (son of Manuel and Lucy Pool, Grandson of Moses Greenworth Pool) on his mandolin called The Bluegrass Stomp...one of his tunes that I have heard all my life..and it's one he always plays when he is tuning up the strings - Bren Pool

My Dad Lyndell Pool playing his mandolin with some old friends at the Old Time Fiddlers Association, District 8 in Ojai California.
He was 93 years young and was one of the best mandolin players around! LOVE AND MISS YOU DAD!  1927-2021 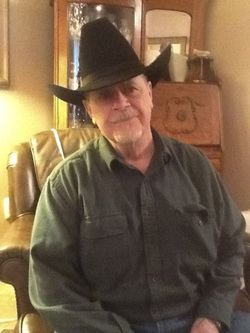 "Poole," as he is affectionately known by his friends and collectors, has painted for more than half a century. A native Oklahoman, born in the small town of Marlow in 1935, many of his works depict both the landscape and the subtle attitudes of the untamed Southwestern plains. A dedicated artist, untamed in his own right, Poole successfully manages to transcend easy and traditional classification. Of his work, Poole simply states, "I am influenced by the world around me, and the world always provides me with new information."  He thus nurtures his passions for artistic experimentation and design and has quietly, steadily created a diverse and inspired body of work - an artist's portfolio eagerly collected and highly respected by his art peers across the country.

Prior to making the decision to become a full-time artist, Poole worked as an award-winning advertising artist and illustrator for almost two decades.  He created and served as chairman of the Oklahoma City Art Directors Guild, and opened a groundbreaking advertising art studio in Oklahoma City, Poole-Hobbes, Inc., which grew to be the most influential and creative studio of its kind in the state. In 1972, Poole was invited to participate in an international exhibition of Western art in Düsseldorf, Germany. That show was a catalyst for Poole; it encouraged him to abandon the creative limitations of advertising art and forge a new career as a full-time fine arts painter. Since that time, he has become an internationally sought-after talent, both as an artist and an art instructor, respected as much for his mastery as for his love of experimentation. A life-long student himself, Poole has personally enjoyed the tutelage of some of the finest American artists, including his mentor and great friend, the late Richard V. Goetz, as well as Mark Daly, David Leffel and Sherrie McGraw, to name just a few.